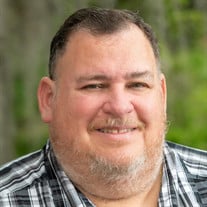 Wade Thomas Ponthier, age 64, was called home by God on December 4, 2021. He was a loving husband of 31 years to Yvette Bruce Ponthier. He is survived by his beloved children Neil D. T. Ponthier and Abby M. Ponthier. Wade was born on September 13, 1957 in New Orleans, LA to the late Haybon “Hap” Ponthier and the late Beverly Savoie Ponthier. Brother to David Ponthier, Stephen Ponthier, and Robin Rosenthal (Steve). Wade is also survived by numerous nieces, nephews, and cousins. Wade is an alumnus of Holy Cross High School class of ‘75 where he was a proud member of the band and the theatre group, among other things. He was a loving husband and father who always took every opportunity to crack a joke or make someone smile,and was always interested in bringing people together. Incredibly organized by nature, he was the foundation of his family. As a professional photographer of 45+ years, he always focused on how to make anyone look and feel their very best. He began his photography career with Photo Corporation of America (PCA), earning the company’s top performance award in 1977 and was quickly promoted to management and served five years as the Regional Photography Manager for the Southeast United States. In 1983, he and his wife Yvette, fulfilled their mutual goal and opened their first portrait studio in the New Orleans area. By 1989 they had expanded to six studio locations in Southern Louisiana serving the children and family portrait market. After selling the studios as a chain, Wade and his wife then operated a studio in the New Orleans area specializing in corporate events and convention photography which is still open today. In 1999 they were awarded the honor of “The Best of the West” for outstanding contributions to the citizens and economy of Jefferson Parish. Wade is a Past President of Professional Photographers of Louisiana, Past President of the Southwest Professional Photographers of America (SWPPA), and was a State Representative (Councilor) for the Professional Photographers of America (PPA). He was very involved in his community, serving on numerous committees and boards in his neighborhood and church parish. Although he loved photography, his favorite part of his job was having the opportunity to work every day with his wife and his children. Many will also remember Wade for his beautiful singing voice since he always sang with his whole heart, either at home or at church. He will be dearly missed. Friends and family are invited to attend visitation Thursday, Dec. 9, 2021 at MOTHE FUNERAL HOME, 2100 Westbank Expressway, Harvey, LA, 70058 from 6-9 PM, with a rosary at 8:30 PM. Another visitation will be held at St. Andrew the Apostle Catholic Church, 3101 Eton Street, New Orleans, LA 70131 from 9-11 AM prior to a funeral Mass on Friday, December 10, 2021 at 11AM. Interment will follow at Westlawn Memorial Park, 1225 Whitney Ave., in Gretna. In lieu of flowers, the family requests either Masses offered in Wade’s name, or a charitable donation to the American Heart Association. Family and friends may offer condolences at mothefunerals.com

Wade Thomas Ponthier, age 64, was called home by God on December 4, 2021. He was a loving husband of 31 years to Yvette Bruce Ponthier. He is survived by his beloved children Neil D. T. Ponthier and Abby M. Ponthier. Wade was born on September... View Obituary & Service Information

The family of Wade Thomas Ponthier created this Life Tributes page to make it easy to share your memories.

Send flowers to the Ponthier family.