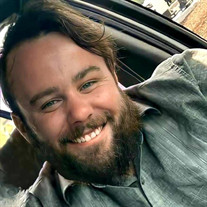 Tracy Wiley Wilcoxon passed away on Friday, November 5, 2021, at the age of 24. Tracy was born in Sulphur, La on January 26, 1997, to Rachel Jane Addison and Thomas Dewayne Wilcoxon. Tracy resided in Lafourche Parish, Calcasieu Parish, Raceland, and Lockport, before finding his home and settling in New Orleans. He was the founder and owner of Tdubs Landscaping, LLC, but Tracy was a Jack of various trades, with jobs including, House of Blues, McCallister’s, Filmore, and Taco Bell. He graduated from the Louisiana National Guard Youth Challenge Program (Cycle 2013-1), and he attended both Bossier City Community College and Delgado Community College. In Tracy’s spare time, he enjoyed fishing, playing basketball, sparring, exercising his 2nd amendment right, creating freestyle rap, shooting pool, streaming on Twitch playing Fornite, and he was a self-proclaimed Monopoly champion of the world. Mixed martial arts was a passion of Tracy’s. He was an avid Martial Arts enthusiast, and he was always practicing. Tracy had a love for tacos, cherry pie, homemade oatmeal, and McGangBang’s with no pickles. He was always the life of the party and he loved to make everyone around him laugh. Tracy was so quick to stop whatever he was doing to help a friend or even a stranger in need. Tracy will be missed by all who knew and loved him. Tracy Wilcoxon is preceded in death by his grandfathers, Melvin E Addison and Tommy Wiley Wilcoxon; his great grandmother, Manuella LaCross Lapeyrouse, and his great grandfather, Harold Joseph Lapeyrouse. Tracy is survived by his parents, Rachel Jane Addison and Thomas Dewayne Wilcoxon; his sister, Janey Elizabeth-Rebecca Wilcoxon Cook; his brothers, Jacob Scott Wilcoxon, Gregory Ryan Wilcoxon, Olajawon Tyvon Cook, Hobie John Folse, and Sam Miller; and his grandmothers, Jane Elizabeth Lapeyrouse and Charlotte Kaye Wilcoxon. He also leaves behind aunts and uncles, Melvin Erwin and Adriana Addison, Myles and Jessica Addison, Zachary and Andree’ Addison, Tammy Wilcoxon, Rene Wilcoxon, Steven and Kelly Wilcoxon, and Kaye and Dave Lucas, as well as, his great aunt and great uncle, Debbie and Harold “Skip” Lapeyrouse. Tracy leaves behind his nephews, Jacob H Koonce and Kamdyn Cook; his nieces, Abigael Jane Cook and Azalea Rachel-Rose Cook and his godchild, Ava Pate. He also leaves behind his YCP mentor, Mr. Donald Ray Lewis. Tracy Wiley Wilcoxon leaves behind so many relatives, friends, cousins, and loved ones, and he will be missed dearly by every single one of them. Relatives and friends are invited to attend a “casual” funeral service for Tracy on Saturday, November 20, 2021, at Mothe Funeral Home, 2100 Westbank Expressway, Harvey, 70058, starting at 1pm. The visitation will begin at 10am.

The family of Tracy Wiley Wilcoxon created this Life Tributes page to make it easy to share your memories.

Send flowers to the Wilcoxon family.