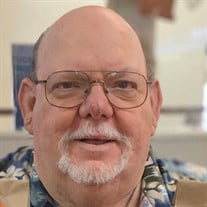 Terry “T” Jude Camardelle, 75, was called to Heaven on Sunday September 5th, 2021 in his daughter’s home surrounded by loved ones. Terry was born in New Orleans to the late Roy and Frances Camardelle. He grew up with five siblings. Preceded by the late Jay Camardelle (the late Gladys), the late Yvonne Camardelle Morris (the late Lloyd), survived by Gayle Camardelle Coba, Betty Camardelle Rodriguez, and Allen Camardelle (Lori). Terry met his gorgeous wife, Bonnie Camardelle, at the Canal Bank Inn. Over the years, the young couple welcomed 2 beautiful daughters, Bridgette Camardelle Mendoza and Brandie Camardelle Braud (Christopher Braud). They celebrated their 54th anniversary on January 12th, 2020. Terry was a generous, loving and devoted grandfather to Raelynn Mendoza, Ramon Mendoza III and Crislyn Braud (Kris Marcel Jr.) Terry was an avid jokester with the kindest soul and the biggest heart. His incredible talents included wet willies, laughing, hitting people with his walking cane and living life to the fullest. He enjoyed watching his favorite football team, the New Orleans Saints and listening to his favorite singer, Fats Domino. Terry made a huge impact on everyone he met, never denying anyone of anything and enjoyed giving to whoever crossed his path. He truly lived by his words, “treat people right and they will reciprocate.” In his later years, Alzheimer’s Disease robbed him of his memory. During this time, he taught us patience and allowed us to show him a small measure of the service he had long showed all of us. Terry, loyal, strong and hardworking, was an inspiration and extended father to so many. He will be greatly missed and forever remembered by his family and friends as an entrepreneurial legend. Terry is a member of The Randolph-Sheppard Vendors of America, Louisiana Council of the Blind, Treasurer of Indivisible Friends 404 Masonic Lodge, The KCs, Westbank JCs, Greater New Council of the Blind, American Council of the Blind, Citizens with Low Vision, Louisiana Elected Committee of Blind Vendors, Executive Director of RSVL, Inc., and Azalea Bingo Hall. Owner of Lucky Lady Vending, Creative Boutique, Creative T-Shirt Shop and Nawlins Hot Donuts. He worked at Nicholson & Loup for over 17 years. Terry Camardelle will be cherished and kept alive by his adoring eternal wife, daughters, grandchildren, son-in-law, soon-to-be great son-in-law, siblings, godchildren, nieces, nephews, great nieces, great nephews, and close friends. Funeral Services for Terry Camardelle will be held on Monday, September 13th from 6PM-12AM KC Rosary at 7PM at MOTHE FUNERAL HOME, 7040 Lapalco Blvd. Marrero, LA 70072. Visitation will resume on Tuesday, September 14th from 9AM-1:30PM, Masonic Services at 11AM, Mass in the Chapel at 1:30PM. Burial following the Mass at Westlawn Memorial Park Cemetery, 1225 Whitney Ave. Gretna, LA 70056. All attendees are required to wear face coverings. Family and friends may offer condolences at mothefunerals.com

Terry &#8220;T&#8221; Jude Camardelle, 75, was called to Heaven on Sunday September 5th, 2021 in his daughter&#8217;s home surrounded by loved ones. Terry was born in New Orleans to the late Roy and Frances Camardelle. He grew up with five siblings.... View Obituary & Service Information

The family of Terry Jude Camardelle created this Life Tributes page to make it easy to share your memories.

Terry “T” Jude Camardelle, 75, was called to Heaven on Sunday...

Send flowers to the Camardelle family.