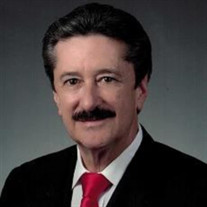 Stewart E. Niles, Jr. was born on December 28, 1947 in Port Sulphur, Plaquemines Parish, Louisiana, and died on Sunday February 27, 2022 at the Westbank Lighthouse Residential Home in New Orleans, Louisiana at age 74. He is preceded in death by his parents Stewart E. Niles, Sr. and Gladys Mattingly Niles, his brother William Norton Niles and his sister in law Sharon Hoopy Niles, and his half sister Diane Ballay Ballard. As well as ex in-laws Frank and Myrtle Stipelcovich, ex-brother in law and friend Glen and Judy Stipelcovich Sr. and their daughter Vania. He is survived by his son Stewart E. Niles, III and his son's mother Cherie Stipelcovich Niles, MD. Stewart has many relatives from Cherie's large family that still consider Stewart their brother in law. They are Jan Stipelcovich, Sr.(Paulette), Charlene Stipelcovich Sciortino(Phil), Jeannine Stpelcovich Lindsey, RN(John, MD). Also, many nieces and nephews, Glen Stipelcovich, Jr,(Kelly), Lori Stipelcovich Barichivich(John), Stephen Stipelcovich(Rachel), Jan Stipelcovich, Jr.(Victoria), Jamie Stipelcovich Davidson(John), Jill Stipelcovich Mallette(Ken), Gia Sciortino Fenasci(Joey), Talia Sciortino(fiance Jeff Roberts), Natia Sciortino, Philp Sciortino(Jennifer), Jacquelyn Lindsey Carimi(David), and John Lindsey, Jr., MD. He is also survived by 10 great nieces and nephews. Surviving relatives his half sister are nephews Michael C. Ballay and Jon C. Ballay, and niece Bonnie Ballay Dazet(Everard). Also, survived by at least 12 great nieces and nephews. Stewart was educated at Buras School in the Plaquemine Parish Public School system of which his father was the Principal. Stewart excelled in academics and already by the time he was in the 8th grade he knew his career path. He participated in Louisiana State Rallies and won top honors for academic as well as his oration abilities such as extemporaneous speech, prepared speech and men's first in state debate. All showing he knew very young his God given talents. He graduated from Buras High School in 1965. Attended LSU and LSU Law school graduating in 1970. He completed both his undergraduate and Law School in 5 years while still holding a full-time job. The summer of 1969 he was chosen to clerk for the very prestigious law firm of Jones, Walker, Waechter, Poitevent , Carrere & Denegre. In the summer of 1970 at 22 years of age he started what would be a 33-year brilliant career at the firm more commonly referred to as Jones Walker, etal. Even though he sat on governing committees within the firm. His biggest asset to both the firm and his great career was his heading the section of Health Care Law. He represented doctors from all over the state both as individuals, hospitals and through the largest Medical Malpractice Insurance Company in the state LAMMICO. A frequent lecturer at Tulane Medical School. Clients from around the world, leading to adventures in Australia and throughout Europe. He made everyone and every entity he touched a winner. Why? Because he was brilliant, articulate, organized, hard-working and beyond prepared. He was not only respected by those he represented but by his colleagues, judges, opponents and even the plaintiffs that lost. His clients were always his first concern. If you knew him. You knew Niles Rules! After 33 years he continued for another 13 years by starting his own firm in 2004 - Niles, Bourque, Fontana and Knight. It was not the biggest but a small firm solely focused health care law with the same leader and team doing the same great work. He truly deserved the title "Super Lawyer". Medical issues were his love and his devoted clients were always his first concern. He was a 40+ year Saints season ticket holder, as well as having tickets to the Jazz, Hornets and Pelicans. He was a life-long corvette fanatic, owning several over the years. He loved his work and thought he would do it until he died at his desk. But even some things he could not control. The last several years of his life he was deprived of all the attributes that made him the brilliant, articulate, compassionate, prepared workaholic. He was revered, respected and admired by all who came in contact with him. All of this humbled by the raging disease dementia. In lieu of flowers please consider donating to the Alzheimer's Association www.alz.org. Visitation from 12:30 -2:30 on Wednesday, March 9th. Followed by a 2:30 mass. Both held at Mothe Funeral Homes at 2100 Westbank Expressway, Harvey, LA 70058. To view and sign the online guestbook www.mothefunerals.com. Interment will be held privately at a later date.

Stewart E. Niles, Jr. was born on December 28, 1947 in Port Sulphur, Plaquemines Parish, Louisiana, and died on Sunday February 27, 2022 at the Westbank Lighthouse Residential Home in New Orleans, Louisiana at age 74. He is preceded in death... View Obituary & Service Information

The family of Stewart E. Niles Jr. created this Life Tributes page to make it easy to share your memories.

Send flowers to the Niles family.