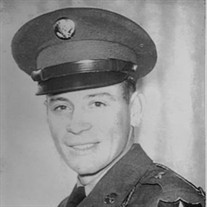 Sherman Joseph “Poppy” Falgoust, age 88, a longtime resident of Gretna, LA passed away peacefully at home on August 11, 2021. After a long, heart-breaking period of physical and mental decline inflicted on him by dementia. He was married for 66 years to his “Honey” and loving wife, Dorothy New Falgoust. Born in Vacherie, LA on January 3, 1933, he was the son of the late Romuald Joseph Falgoust and the late Anna Marie Rome Falgoust of Vacherie, LA. In addition to his beloved wife, he is survived by his son, Michael T. Falgoust. Beloved “Poppy” to Courtney Falgoust Lepine (Jason), Jade Lynn Adamo, Michael Joseph “M.J.” Falgoust. His grandchildren’s mother’s Celeste Ann Catanese and Shannel Bourg Falgoust. He is the great grandfather of Alyssa Nicole Baldassaro, Caroline Angela Lepine, Cooper Paul Lepine, and Hope Marie Falgoust. His sister-in-law Edith New McGraw (Mac), brother -in-law Bud New (Rose), sister-in-law Dolores Falgoust. His godchildren Harry Rome Jr., Vincent Nuzzo Jr., Patty Bettencourt, Dwayne New, and Joseph Sherman Herndon. Along with numerous nieces and nephews. In addition to his Parent’s, he is preceded in death by his siblings the late Roy, Enola, Inez, Louis Falgoust and his grandson who he cherished, the late Rodney James Catanese. Sherman served in the US Army from 1953 – 1955 and the Army Reserve until 1961. He married his wife in 1955 and moved from Indiana to Louisiana in 1956. He worked on the river as the superintendent of Cooper T. Smith until he retired in 1999. After retirement, he enjoyed spending time with his family, fishing, craftsmanship, working on his yard and other projects. But most of all he loved helping others. The family would like to send a special thank you to his nurse Doris, with Serenity Hospice and appreciation to his nephew Kenneth New. Relatives and friends of the family are invited to attend the funeral services at Mothe Funeral Homes, 2100 Westbank Expwy. Harvey, LA 70058 on Wednesday, August 18, 2021 visitation will begin at 6:00pm followed by a funeral service at 7:00pm. All attendees must wear masks. Family and friends may view and sign the online guest book at www.mothefunerals.com.

Sherman Joseph &#8220;Poppy&#8221; Falgoust, age 88, a longtime resident of Gretna, LA passed away peacefully at home on August 11, 2021. After a long, heart-breaking period of physical and mental decline inflicted on him by dementia. He was... View Obituary & Service Information

The family of Sherman Joseph "Poppy" Falgoust created this Life Tributes page to make it easy to share your memories.

Send flowers to the Falgoust family.