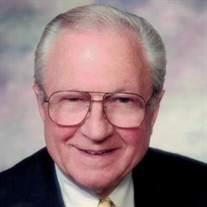 Paul “Gene” Eugene Capdeboscq, Jr., went to meet Jesus on Saturday, July 10, 2021, at the age of 90. He was surrounded by his loving family and listening to his favorite Gaither songs playing in the background. Gene was born at his home in New Orleans, Louisiana, on August 11, 1930, to his parents, Paul Eugene Capdeboscq, Sr. and Dorothy “Dot” Marshall Capdeboscq. In addition to his parents, he was preceded in death by a sister, Betty Joan Capdeboscq, who died as an infant, and a son Frank Joseph Capdeboscq (Irma). Gene and his wife, Connie Trahan Capdeboscq resided in Harvey, Louisiana, and were married for 28 years. Surviving in addition to his wife, Connie, is his son, Larry Capdeboscq (Arlene), daughter, Gina Capdeboscq Gorman (Mark), and grandchildren to Tiffany Capdeboscq Matthews (Steve), Mark Capdeboscq (Jessica), John Capdeboscq (Samantha), David Capdeboscq, Felicia Capdeboscq Hebert (Greg), Angela Capdeboscq Bartolo (Corey), Eric Capdeboscq, Kenneth Gorman, Sharah Gorman McGuinness (Michael). He also was a step-father to Ellen Ales (Joseph) and Melissa Sullivan (Thomas), step grand-father to Maria Conway, Brooke White (John), Brian Boudreaux, Jr., Tyler Ales, and Rylen Sullivan and 15 Great Grandchildren. Gene graduated Salutatorian from Marrero High School in 1947. Following graduation, Gene worked on his father’s dairy farm and learned from an early age a strong work ethic. He often told stories of the endless hours he and his dad worked to keep the farm running. He later, would start his own diary business before a friend encouraged him to try his hand at the grocery business. He would become the owner of Cap’s “Neighborhood” Grocery and did some building contracting work. When “Big Box” grocery stores moved into the Marrero area he was forced to move forward with his next career adventure. This is when Gene found his true passion and success that was awakened after he catered a friends daughter’s wedding. He would become one of the most successful caterers on the Westbank for over 50 years and catered over 6,000 weddings. His constant desire and love for his business was like no other. He worked 6 days a week and attended every wedding reception making sure his brides and customers were satisfied. He was a perfectionist and customer service was top priority. His work habits continued until his last days. He was a very successful entrepreneur and business man throughout his life, but his claim to fame was famous chicken salad sandwiches! Gene was a devoted member of his Assembly of God Church for many years and sang in the church choir. His love and faith in Jesus shown through everything he did in his life. He was a very humble, kind, and loving man. Given his success, Gene was able to travel the world, which brought him much joy and relaxation from his busy work lifestyle. His favorite destination was Europe, especially, Paris, France, and learning about his French heritage. He received his education “on the road” and learned details of our world from a lifetime of traveling. In Gene’s early days he enjoyed his time ballroom dancing to his favorite swing bands. When Gene is not singing in his church choir, you could catch him in his living room performing to his favorite artist Frank Sinatra and Louie Prima. Gene always looked forward to watching his LSU tigers play football and baseball and would also enjoy his Saints playing on Sunday. Gene LOVED to eat and enjoyed the art of fine dining, which contributed to his success in the catering business. He was always up to exploring new culinary experiences and expanding his palate, but his favorite meal consisted of the traditional Sunday Family Dinner of: roast beef, rice and gravy, peas, sweet potatoes with pineapple, pecans, and marshmallow topping. Some of the many organizations he belonged to in his lifetime included the National Association of Catering Events, the Convention and Business Bureau, and the Restaurant Association of New Orleans. Gene would also travel to annual catering events throughout the United States always looking to improve his business. Gene loved his family and friends with his entire heart. His favorite topics of conversation were of his catering business and his family. He will be missed by so many and for many, many reasons. Relatives and friends of the family, also employees of Capdeboscq Catering Service are invited to attend the Funeral Service in the Chapel of Mothe Funeral Home, 2100 Westbank Expwy., Harvey, LA on Friday, July 16, 2021 at 1pm. Visitation will be held Friday morning from 10am until 1pm. Interment, Westlawn Memorial Park Cemetery. In lieu of flowers, donations may be given to Grace Christian Center @ www.gccnola.com.

Paul &#8220;Gene&#8221; Eugene Capdeboscq, Jr., went to meet Jesus on Saturday, July 10, 2021, at the age of 90. He was surrounded by his loving family and listening to his favorite Gaither songs playing in the background. Gene was born at... View Obituary & Service Information

The family of Paul "Gene" Eugene Capdeboscq, Jr. created this Life Tributes page to make it easy to share your memories.

Send flowers to the Capdeboscq, family.