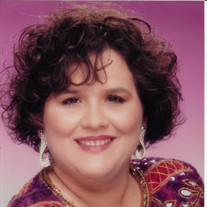 Mary Lou Moorman Olivier, daughter of the late John Frank and Louise Dardar Moorman, passed away at her home in Estelle on May 29, 2021 after battling cancer for many years. Her death succeeded her husband Harold Olivier, Jr. after 46 years of marriage. She is survived by her children Todd Kern (Kristen), Gretchen Olivier Olano (Owen) and Jake Olivier (Melissa), her six grandchildren Seth Mayeux, Jared Mayeux, Courtney Kern, Carson Kern, Declan Olivier, and Caleb Olano, and her siblings Linda Ledet, Kenneth Moorman and Melanie Moorman. Her death succeeded her late siblings John Moorman and Timothy Moorman. Mary Lou was an avid shopper, a reckless driver, and lover of books. She lived her life by the four seasons: Jazz Fest, Beach season, Saints’ season, and Winter. The latter being her least favorite season in which she usually suffered. She was the world’s greatest cook who never followed a recipe, nor could she ever recall how she prepared food. It just happened and it was always delicious! Her close friends called her Lou and she routinely spent Sundays with her best friend BJ Paretti and others watching Saints games, Game of Thrones and Lifetime movies. She had a lust for life, an infectious laugh and was usually the life of the party. Mary Lou adored her six grandchildren and would go out of her way to spend time with them, whether it be trips to Disney World with Seth and Jared, Halloween in Jackson with Courtney and Carson, holidays in Bali with Declan, and Florida Beaches with Caleb. She loved watching all her kids and grandkids play sports, and thought Drew Brees hung the moon. She worked much of her life as a legal secretary and supported working women through her involvement with the American Business Women’s Association. Relatives and friends are invited to celebrate Mary Lou’s life with a graveside service at Westlawn Memorial Park, 1225 Whitney Avenue, Gretna on Saturday, June 12 at 2pm. MOTHE FUNERAL HOME is assisting the family during this difficult time. Family and friends may offer condolences at mothefunerals.com

Mary Lou Moorman Olivier, daughter of the late John Frank and Louise Dardar Moorman, passed away at her home in Estelle on May 29, 2021 after battling cancer for many years. Her death succeeded her husband Harold Olivier, Jr. after 46 years... View Obituary & Service Information

The family of Mary Lou Moorman Olivier created this Life Tributes page to make it easy to share your memories.

Send flowers to the Olivier family.