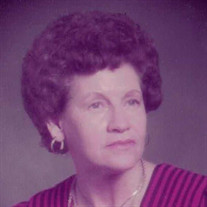 Lillian Monistere Saladino, on Thursday, September 30, 2021, a native of Hammond, LA and a resident of Harvey, LA. She was 96. Lillian was a long-time member of the Italian-American Society of Jefferson Auxiliary, the Immaculate Conception... View Obituary & Service Information

The family of Lillian Monistere Saladino created this Life Tributes page to make it easy to share your memories.

Send flowers to the Saladino family.