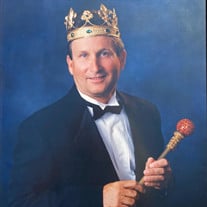 Konrad H. Becnel, Sr. passed away on August 13, 2021 at the age of 69. Father of Natalie Marie Becnel, Konrad H. Becnel, Jr. (Hollie Barrett), Maegan Becnel Constant (Brennan), and Kristen Becnel. Grandfather of Claire Sexton, Kadence Barrow, and Brennan Konrad Constant. Son of the late Carol James Becnel and Claire Curtis Becnel and the oldest brother of his nine siblings: Karl D. Becnel (Gretchen), Cynthia A. Becnel, Jan M. Becnel, Melissa Becnel Gliottoni (James), Michelle Becnel White (Jeff Sr.), Mary Becnel Scullin (Keith Sr.), Angela Becnel Gauthier (David), and the late Patrick Becnel Sr. (Marci). Konrad is also survived by many nieces, nephews, aunts, uncles, and cousins. He was a lifelong resident of Plaquemines Parish and Council District #5. Konrad was a member of the first class at Our Lady of Perpetual Help School in 1960. He was a 1971 graduate of Belle Chasse High School. He is the owner and operator of Riverside Citrus Farm, Inc., a sixth-generation family business, located in District 5 of Plaquemines Parish, which produces citrus trees and fruit for local and nationwide sales. He was an active member of Louisiana Association of Nurserymen, American Association of Nurserymen, and the Texas Association of Nurserymen. Konrad is also a former member of Knights of Columbus Council No. 6357. He was elected Orange King in 1995 of the Plaquemines Parish Fair and Orange Festival; he also served twice as Vice-President and three times as President of the Plaquemines Parish Fair and Orange Festival in prior years. He previously served as Justice of the Peace for Ward 7 in Jesuit Bend. Most recently, Konrad designed and maintained the Community Gardens at the Gretna Senior & Wellness Center, which played a vital part in the center being accredited by the National Institute of Senior Centers. Based on the success of Senior Center, the Jefferson Parish Council selected Terrytown Community Garden for the next Community Garden project by Konrad Becnel Sr. Konrad was an avid hunter and member of Oak Hill Plantation in Troy, AL where he would spend so much of his time the last several years hunting after the citrus season concluded. He also was a merchant mariner and maintained an active 100ton Master Pilot License. He will truly be missed by all who knew and loved him. Friends and family are invited to attend a Funeral Mass on Thursday, August 19, 2021 at 1PM at Our Lady of Perpetual Help Church, 8968 LA-23, in Belle Chasse, LA. Visitation will begin at 10AM. Interment will follow immediately at Bayhi-Becnel Cemetery, 14977 LA-23, in Alliance, LA. Please visit WWW.MOTHEFUNERALS.COM to view and sign the online guestbook. A livestream of the service will be available on Thursday for the Service: https://youtu.be/8TnCmzHwo14

The family of Konrad Harold Becnel Sr. created this Life Tributes page to make it easy to share your memories.

Send flowers to the Becnel family.