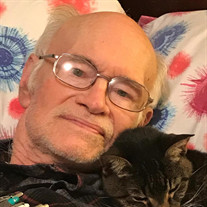 Joseph Edes Boudreaux, resident of New Orleans, Louisiana, passed away on Saturday, May 22, 2021 at the age of 86. He had been steadfastly and strongly battling multiple health challenges, and notably maintained most of his independence since the death of his beloved wife of 57 years, Martha, 3 years ago. He passed peacefully with family at his bedside and surrounded with love. Joseph was born in Morse, Louisiana, to the late Lovelace Dennis Boudreaux and the late Sadie Chiasson. He was born in the Acadia Parish house that his maternal grandfather built, where he grew up on a mostly self-sustaining farm. Beloved husband to Martha Nell Christoffel. Father of Ryan Joseph Boudreaux (Monique) and Wanda Jean Boudreaux (partner Barton). Grandfather of Benjamin Ryan Boudreaux (fiancé Carol) and Louis William Boudreaux Heine. Brother to John Edward Boudreaux (Kelly) and Vivian Boudreaux LeBlanc (Dalton), and the late Buford Paul Boudreaux (Charlotte) and Theresa Boudreaux Menard (Hughes). He is survived by many dear family and friends. Joe graduated from Morse High School, then enlisted in the Marine Corps, becoming a Sergeant and proudly serving during the Korean War, stationed in various places, including California, Guantanamo Bay, Cuba, and Japan. He excelled as an aircraft jet engine mechanic. He received his degree in Geology from USL in Lafayette and his Masters in Geology at the University of Illinois Urbana-Champaign. Joe was a distinguished, honored and many times published Electron Paleontologist, employed by Texaco for 26 years, working to identify nannofossils from off-shore oil well core samples. He eventually established a consulting business with colleagues to do the same, enjoying many years of “working at home” before it became more commonplace. He even has a nannofossil named after him, for which he discovered. Joe was a member of many professional organizations including The New Orleans Geological Society (NOGS), The American Association of Petroleum Geologists (AAPG), the Geological Society of America (GSA) and The American Radio Relay League (AARL). He had a sharp, keen and scientific mind, and many interests, passions and hobbies, which most times involved him using his hands to tinker and build things: model railroading, ham and short wave radios and antennae (he communicated in Morse code to people all over the world), metal detectors, banjos (he built one!), guitars and violins (he learned how to play…but he will be the first to say, not very well), photography, archery, leather craft, BBQ’ing (he built a 4’ x 6’ BBQ pit), masonry (he built a brick wall for his house), hunting for rocks, camping, canoeing, gardening and propagating antique roses and native plants. He also proudly received his single engine private pilots license. Joe was a devoted father to Ryan and Wanda. He spent years as Scout Master for Ryan’s Boy Scout Troop, mentoring and supporting many along the way. He was also devoted to environmental and social causes. Joe and the love of his life, Martha, enjoyed travelling, driving the Natchez Trace and the Blue Ridge Parkway, going to museums (they were charter members of the WWII Museum), taking treks to bird watch, walking their dogs, sitting with their cats (Joe has been called a “cat-whisperer”), being with family and friends, and above all, Cajun dancing. It gives his family some comfort to imagine that Joe and Martha are dancing the after-life two step together again in heaven. They are both greatly missed. A memorial service will be held via an online Zoom meeting with The First Unitarian Universalist Church on Saturday, August 7, 11am CST. To attend, please register at: https://www.eventbrite.com/e/memorial-service-celebrating-the-life-of-joseph-edes-boudreaux-tickets-164901967223 In lieu of flowers, please donate to any nature conservation organization, the Sierra Club, the Nature Conservancy of Louisiana or the World War II Museum.

Joseph Edes Boudreaux, resident of New Orleans, Louisiana, passed away on Saturday, May 22, 2021 at the age of 86. He had been steadfastly and strongly battling multiple health challenges, and notably maintained most of his independence since... View Obituary & Service Information

The family of Joseph Edes Boudreaux created this Life Tributes page to make it easy to share your memories.

Send flowers to the Boudreaux family.