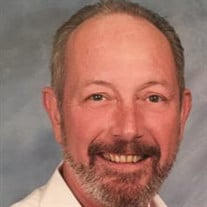 John Wallace Brennan, passed away on Saturday November 13, 2021 at the age of 69. He was born in Mobile, AL October 16, 1952 to the late Robert M. Brennan and late Louise L. Wallace. Stepson to the late Cleo W. Moon. Brother to the late James Brennan (Lydia). He was the beloved husband of Pam S. Brennan for 38 years. In 1983 he adopted and became the father to the late Shaun T. Brennan and later became father of Robert P. Brennan (Fallon) and loving “PawPaw” to his one and only grandson, Mylo O. Brennan. He was a resident of Gretna, LA and attended the Gretna United Methodist Church where he served on the sound board for the worship team. His church meant the world to him. John received 2 degrees; one an Associate of Science from Nicholls State University in 1983 and then his Bachelor of Science in Mechanical Engineering from UNO in 1993. He started his own company John Brennan & Associates, LLC in 2003 after working many years off shore with Shell, Subsea and Ocean Robotics, Inc. He travelled overseas and saw much of the world working in the oilfield and marine industry, primarily working with Remote Operated Vehicles (ROVs). He loved the challenge and process of solving problems. John was an intelligent and very creative man who invented and produced many projects that are still used today. He had a small rock collection that his grandson loves to hold and learn the rock’s names. A man of many talents he can repair or fix anything from a car engine, a refrigerator, to electrical components. He was a fisherman and a hunter and had a magnetic touch in catching fish just like his Mom. He semi-retired in 2020 but still handled some his company’s tasks from behind the scenes. Relatives and Friends are invited to attend the funeral service on Saturday November 27, 2021 at Gretna United Methodist Church, 1309 Whitney Blvd. Gretna, LA 70056. Visitation is from 11am – 12pm followed by service from 12pm – 1pm. Donations, in lieu of flowers, may be made to the Gretna United Methodist Church.

John Wallace Brennan, passed away on Saturday November 13, 2021 at the age of 69. He was born in Mobile, AL October 16, 1952 to the late Robert M. Brennan and late Louise L. Wallace. Stepson to the late Cleo W. Moon. Brother to the late James... View Obituary & Service Information

The family of John Wallace Brennan created this Life Tributes page to make it easy to share your memories.

Send flowers to the Brennan family.