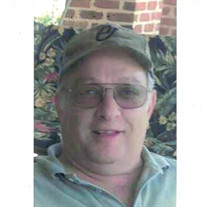 James Gustave Perniciaro passed away peacefully on October 31, 2021 surrounded by his family. He was 61. Beloved companion of Tracy Williams. Son of the late Dominick Perniciaro, Sr. and Maria Rivas Perniciaro. Brother of Dominick “Buck” Perniciaro, Jr. (Kim) and Maria Horcasitas (Keith). Uncle of Dominick Perniciaro, III, Daniel Perniciaro, Maria Therese Drippe, Andrew Horcasitas and John Paul Horcasitas. Great Uncle of John Drippe. He will be greatly missed by many dear friends. James earned two Associate Degrees from Delgado College: Auto Mechanics and Machinist. He was an accomplished and talented millwright, President of the Millwright’s Local 1931 and later President of Local 729. He was a millwright instructor with the 729 and was also a satellite instructor, teaching in Las Vegas, NV, Baton Rouge, LA and Metairie, LA. James was a challenging teacher, bringing his students to a higher level of learning. James was a kind, loving, compassionate, and generous guy and loving brother. The Lord was good to James during his life. He touched the hearts and lives of so many during his years. While his passing is sorrowful, his life and legacy will be forever remembered. Visitation will be held at MOTHE FUNERAL HOME, 2100 Westbank Expressway, Harvey, LA on Saturday, November 20, 2021 from 8AM until 11AM. A Funeral Mass will follow in the funeral home Chapel. Interment will be in Westlawn Memorial Park Cemetery, Gretna, LA. Family and friends are encouraged to share their condolences, stories and memories by visiting: www.mothefunerals.com

The family of James Gustave Perniciaro created this Life Tributes page to make it easy to share your memories.

Send flowers to the Perniciaro family.