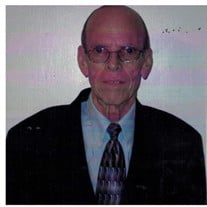 Howard Joseph Comeaux, beloved son, brother and friend passed away on Friday, November 5, 2021 at the age of 83. Howard was the beloved husband of Masie Ann Nicholas. Loving father of Melissa Ann Comeaux and Jennifer Ann Comeaux. Son of the late Sue Comeaux and Edward Comeaux. Brother of Dolores Comeaux Bauer (Lemm), the late Donald Comeaux (Gwendolyn), Jeannette Comeaux Allain (the late Roy), Lloyd Comeaux (Linda) and the late Ray Comeaux (Jacqueline) and the late Bobby Comeaux. Godfather of Raylyn Comeaux Stevens, Dawn Comeaux Dumond, Bonnie Romano St. Pierre, Trisha Rogers, Ray Rogers and Chad Rogers. He was a friend of Father Randy Roux. Howard proudly served his country in the United States Army from 1961 with an Honorable Discharge as Sgt. 1st Class E7 in 1970, serving during the Berlin Crisis and the Vietnam War. Parishioner for over 60 years at St. Patrick’s Catholic Church in New Orleans, LA serving as a Eucharistic Minister, Lector and Altar Server. He received the Medal of St. Louis from Archbishop of New Orleans. He was a member of American Legion Post 64 and Post 222 and VFW Post 3121, receiving the State of Louisiana Veterans Honor Medal and Police Awards from the VFW. He worked for the Jefferson Parish School System for many years until his retirement in 2000. From 1970 to 2000 he served as Road Deputy and Court Bailiff for the Gretna Police Department. Active life member of the David Crockett Fire Department of Gretna since 1958. Charter member of the Marian Columbus Squire Circle 786, member of #1905 Knights of Columbus for over 60 years. Honorary Member of the Knights of Columbus Fourth Degree. All attendees must wear their face mask for the duration of the visitation and funeral. Relatives and friends of the family, members of St. Patrick’s Church of New Orleans, St. John the Baptist Catholic Church, Infant Jesus of Prague Catholic Church, City of Gretna Police Department, Graduate Class of Holy Name of Mary 1957, employees of the Jefferson Parish School System and employees of the Jefferson Parish Clerk of Court are invited to attend the Visitation at MOTHE FUNERAL HOME, 2100 Westbank Expressway, Harvey, LA on Monday, November 8, 2021 from 6PM until 9PM. A Funeral Mass will be held on Tuesday, November 9, 2021 at 10AM at St. Joseph Catholic Church, 610 6th Street, Gretna, LA. There will be no visitation at the funeral home or the church on Tuesday. After Mass, a Military Honor Service and Interment will be in Westlawn Memorial Park Cemetery, 1225 Whitney Avenue, Gretna, LA. Family and friends may offer condolences at mothefunerals.com.

Howard Joseph Comeaux, beloved son, brother and friend passed away on Friday, November 5, 2021 at the age of 83. Howard was the beloved husband of Masie Ann Nicholas. Loving father of Melissa Ann Comeaux and Jennifer Ann Comeaux. Son of the... View Obituary & Service Information

The family of Howard Joseph Comeaux created this Life Tributes page to make it easy to share your memories.

Send flowers to the Comeaux family.