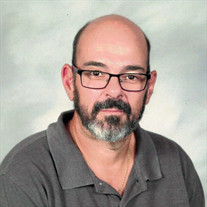 Chris “Rolo” Dufrene Jr. died September 10, 2021. He was 53 years old. Chris is survived by his daughter, Paris Dufrene, mother and father, Aleay and Chris Dufrene Sr., brothers, Grayson (Karen Dufrene) and Brad Dufrene (Amber Dufrene), long-time partner Patti Duhe Skinner, and numerous aunts, uncles, cousins, friends, and former students. He was preceded in death by his grandparents Notilia and Clarence Dufrene and Hilda and Mouharem “Mike” Ibrahim. Chris was born June 2, 1968 and, save a few years, resided in Lafitte, Louisiana. He graduated from Fisher High School in 1987 and Louisiana State University in 1996. Prior to attending Louisiana State University, he attended Nicholl’s State University and was a member of the Tau Kappa Epsilon fraternity, Mu Zeta chapter. He was an educator that taught with Jefferson, Plaquemines, and St. Tammany Parish schools. He taught for several years at his alma mater, Fisher High School, and most recently was a member of the faculty at John Ehret High School. In addition to teaching, Chris also served as an assistant football coach, assistant track coach, and head cross-country coach at Fisher High School. Moreover, he held track and cross-country coaching positions at other schools in Jefferson Parish. Chris was a member of the Knights of Columbus Council 7350 in Lafitte, was a past Grand Knight, and held numerous other positions during his membership. He was a member of the 4th Degree Assembly 2053 of the Knights of Columbus and was a past Faithful Navigator of his assembly. Chris was enormously generous with his time in support of his community and a variety of causes. He could always be counted upon to assist with fundraisers and civic events. In fact, he spent his last day serving food to residents of Lafitte who had been impacted by Hurricane Ida. Chris was fierce fan of the LSU and New Orleans Saints football teams. He was a long-time season ticket holder for both teams. Chris attended many of the teams’ milestone victories with family and friends over the past 25 years. Chris “Rolo” Dufrene lived a gargantuan life. He loved many and was loved by more. We choose to prioritize honoring his life over mourning his death. Flowers may be sent to Mothe Funeral Home, 7040 Lapalco Boulevard, Marrero, LA, (504) 348-2010. For those that prefer to make a charitable donation, we request that you make a donation in his name to No One Fights Alone (NOFA), a West Bank nonprofit organization that provides financial assistance to local families in the greater New Orleans area when a cancer diagnosis is delivered. Donation information can be found at the NOFA FaceBook page. Chris was an avid supporter of NOFA, and we can think of no better cause that will honor his memory. Visitation will be held at Mothe Funeral Home, 7040 Lapalco Boulevard, Marrero, LA on Thursday, September 23, 2021 from 9am to 12noon. A Funeral Mass will be celebrated at Visitation of Our Lady Catholic Church, 3500 Ames Boulevard (near Barataria Boulevard), Marrero, LA at 12:30pm. Interment St. Pius X Mausoleum in Crown Point, LA. Respectful of current guidelines, all attendees should wear their own mask/face covering and practice distancing. Family and friends are encouraged to share their condolences, stories and memories by visiting: www.mothefunerals.com.

The family of Chris "Rolo" Dufrene, Jr. created this Life Tributes page to make it easy to share your memories.

Send flowers to the Dufrene, family.