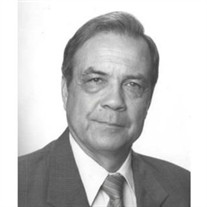 Carroll Herman Ferniz, 83, passed away on April 5, 2021 at his residence after a very lengthy battle with cancer. He was born on October 12, 1937 to Carroll and May McGinnis Ferniz and grew up in Gretna, LA. He graduated from West Jefferson High School in 1956 and was a member of First Baptist Church of Belle Chasse, LA. Professionally, Mr. Ferniz was known for his outstanding organizational skills and was a “founding father” of the Chevron Chemical Company’s – Oak Point Division- Belle Chasse, LA “Oil, Chemical and Atomic Workers (OCAW) International Union Local 4-447. He held many positions including Temporary Chairman of the incoming Chevron group which organized in 1967. Carroll also served as Steward, Committeeman, and Strike Committee Chairman. He retired from Chevron-Oronite after 31 years of service and for the next 10 years aboard his skiff, the “Capt’n C” fulfilled his dream and became an avid Commercial Fisherman. Carroll parted with the “Capt’n C” in 2003 due to his first bout with cancer. In later years, he was employed by the Plaquemines Parish Government in the Building Department and Belle Chasse Self Storage as Maintenance Manager. Carroll was preceded in death by his parents, the love of his life, Alice Leona, his beloved son Bryan and great-grandson, Lucas. He is survived by his son Todd Sr. (Carol) of Belle Chasse and daughter Cindy Decuir (David) of Gonzales; “adopted” daughter Sharan Smith (Perry) of Gretna; stepchildren, Wyatt Stuard III (Ali) of Colorado, Terry Selinas (Rick) of Ponchatoula and Steve Stuard (Karen) of Metairie; one sister, Glenda; grandchildren, Andrew Ferniz, Erika Wigstrom, Todd Ferniz Jr. and Jodi Ferniz; thirteen step-grandchildren; one great-granddaughter; twenty step-great-grandchildren and numerous other relatives and cherished friends. Visitation will be held at Mothe Funeral Home, 2100 Westbank Expressway, Harvey, LA on Sunday, April 11, 2021 from 10am to 12noon. Services will follow in the funeral home chapel. In lieu of flowers, donations in his memory may be made to the American Cancer Society (www.cancer.org). Respectful of current guidelines, all attendees must wear their own mask/face covering and practice distancing. Family and friends are encouraged to share their condolences, stories and memories by visiting: www.mothefunerals.com.

Carroll Herman Ferniz, 83, passed away on April 5, 2021 at his residence after a very lengthy battle with cancer. He was born on October 12, 1937 to Carroll and May McGinnis Ferniz and grew up in Gretna, LA. He graduated from West Jefferson... View Obituary & Service Information

The family of Carroll Herman Ferniz created this Life Tributes page to make it easy to share your memories.

Send flowers to the Ferniz family.