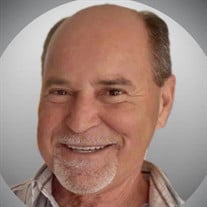 Reneman, Carl Anthony It is with great sadness that the family of Carl Anthony Reneman announces his passing after a long battle with cancer, on Thursday, July 1, 2021, at the age of 63. Carl will be lovingly remembered by his wife of 37 years Elizabeth (Beth) and his precious children, Lauren (Joshua LayPort) and Caitlin (Brandon Naumann). Carl (PoohPa) will also be fondly remembered by three grandchildren, Ariella, Rylan and Rowdy, his mother Jeannette Reneman Matherne, his sisters Connie (Larry Broadtman), and Robin (Brett Borey), his brother Ronnie, his nieces and nephews Gregory (Renee), Jamie (Ben), Jonathan (Jessica), Chase (Hope) and great nieces and nephews, Analyce, Gregory III, Alison, Kassidy, Karlee, Kane, Sophia, Abigail and Liam; and his step nieces, Shannon Eschette (Mike) and Tracey Baird (Adam). Carl will also be forever remembered by his in-laws, Pearl Fields, Sharon Golom (DJ), Debra Richard, Andre Richard, Andre Richard, Jr. and Jodie Delaune. Carl was predeceased by his father Art Reneman, grandfathers Aart Reneman, Alfred Dufrene, and Louis Pelous Sr., and grandmothers Ethel Pelous and Hilda Dufrene. Carl was a good, hard working and strong man with little words. He quietly held an immense love for his family and friends. Carl and Beth were high school sweethearts and built a life and family that they were immensely proud of. His greatest love was for his grandchildren and wished he could have grown old with them. Instead, God’s plan was for Carl to be their guardian angel. Carl and Beth were blessed with forever friends Barry Condon, Kerman & Keela Thibodeaux, Brenda Dufrene, Gwen Boyes, Brad & April Andre, the Lew family, Tara & David Willis and Mel Richard. Carl worked for oilfield supply companies most of his life (Gas & Supply IWS, Gator Supply, Del Gulf) and made lifelong friends along the way (Mousey Chaisson, Gary Hooter, Russ Sanzone, Cindy Aucoin, Johnny Rojas, and Gerry & Tammy Anderson). In his free time, he was a passionate camper and spent most holidays camping with family and friends (Carolyn & Bill Slaton). Carl was a big fan of NASCAR racing, LSU and Saints football. On the weekends, the tv remote was off limits until the games were over! Family and friends are invited to attend a visitation at MOTHE FUNERAL HOME, 7040 Lapalco Blvd., Marrero, LA on Monday July 5, 2021, from 6pm to 9pm. Visitation will resume at the funeral home on Tuesday, July 6, from 8am till 11am. Funeral Services will be held at the Funeral Home on Tuesday at 11:00am. Interment will be at Restlawn Park Cemetery, Avondale, LA. Family and friends may offer condolences at mothefunerals.com. Memorial donations in memory of Carl may be made to Children’s Hospital.

Reneman, Carl Anthony It is with great sadness that the family of Carl Anthony Reneman announces his passing after a long battle with cancer, on Thursday, July 1, 2021, at the age of 63. Carl will be lovingly remembered by his wife of 37 years... View Obituary & Service Information

The family of Carl Anthony Reneman created this Life Tributes page to make it easy to share your memories.

Reneman, Carl Anthony
It is with great sadness that the family...

Send flowers to the Reneman family.