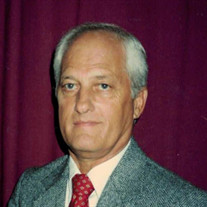 Anthony John “Tony” “Brother” Marinovich was born on Sunday the 2nd of April 1939 and passed away peacefully at home on Friday the 25th of June 2021 at the age of 82. Anthony was preceded in death by his beloved daughter, Rachel Catherine Marinovich; his parents, Anthony Linus Marinovich and Rosie Franovich Marinovich; his older sister, Rose Ann Marinovich Hoffman and her husband, Arlen Hoffman; his brother-in law, A.B. Croft; and nephew Stephen Schouest. Left to grieve his physical presence is his beautiful and loving wife of 59 years, Mena Elizabeth Lineman Marinovich; son, Byron Thomas Marinovich and wife Kelli Bulot Marinovich; daughter, Pamela Therese Marinovich Travis and husband Michael Lee Travis; grandchildren Laurén Ellyse Marinovich Cimino and husband Vincent Cimino, Anthony John, Sarah Nicolene, and Amanda Catherine Short; step great-grandchildren, Joshua and Caleb Cimino; sister, Marie Antoinette Marinovich Croft; sister- and brother-in-law, Janet Lineman Schouest and Dudley Schouest; and a multitude of nieces, nephews, cousins and friends. Reared in his hometown of Buras, he spent his last few decades in Belle Chasse, only living outside of Plaquemines Parish when he served in the military. After graduation from Buras High School in 1957, he worked briefly for Freeport Sulphur before enlisting in the U.S. Navy and attended boot camp in San Diego, was assigned to the elite Drum and Bugle Corps, later transferred to aviation electronics, and served his country aboard the newly commissioned aircraft carrier U.S.S. Kittyhawk. He was initiated to a shellback from a polliwog when he crossed the equator, an honor not all Navy servicemen are granted. His extended stay lasted over 4 ½ years due to the Cuban Missile Crisis. His career in the Navy earned him a Good Conduct Medal and he was honorably discharged in 1962, returning to Buras and Freeport Sulphur before being hired by Chevron. He retired as a supervisor from Chevron after 31 years. He was active in the community and served over 20 years with the Buras Volunteer Fire Department, a portion of that as President. Tony’s leisure time was spent composing, playing, and recording hundreds of piano and guitar pieces. He started his professional music career at 11 years old with Tony Almerico and continued with several bands to include Limited Edition and HONK then was a solo pianist in the French Quarter at several elite hotels. There was hardly an instrument that he couldn’t play and his family would bring him unusual instruments from around the world, only to have him playing an original tune within minutes. “Brother” was a jack of all trades and mastered them all, from poetry and woodcarving, to gardening, fishing and building. He could fix anything and he enjoyed creating everything from his own guitars, ukulele, megataur, boat models, and a playhouse for Laurén. He dearly loved his childhood days and adult years spent in the bayou and always had wonderful stories to tell of his grandfather, uncles and family about time spent at the Marinovich camp on Scofield Bayou. Everyone knew him by that classic red truck and he was proud to bring it often to Cruisin’ on the Coast to show it off. Anthony was united in marriage to his longtime sweetheart Mena in 1961 at St. Francis of Assisi Church in New Orleans. She was his rock and inspiration for much of his poetry and music. They enjoyed many vacations to the mountains of North Carolina and Tennessee, trips in the bayou and to the beach, and simple, quiet times at home. He was deeply in love with Mena and it showed in the way he looked at her. The family would like to thank his caregivers at the Ochsner Westbank and Main Campuses and Compassus Hospice for their compassionate and loving care. They would also like to recognize the love and support given by neighbors over the past several months including Scott and Mary Mifflin, Carol Patai, Bob and Mary Norton, and nephew Michael Croft. A visitation will be held at Mothe Funeral Home, 2100 Westbank Expressway, Harvey, LA on Saturday, July 3, 2021 from 10am to 1:30pm. Services and Military Honors will follow in the Funeral Home Chapel. Family and friends are encouraged to share their condolences, stories and memories by visiting: www.mothefunerals.com.

The family of Anthony John "Tony" "Brother" Marinovich created this Life Tributes page to make it easy to share your memories.

Anthony John “Tony” “Brother” Marinovich was born on Sunday the...

Send flowers to the Marinovich family.